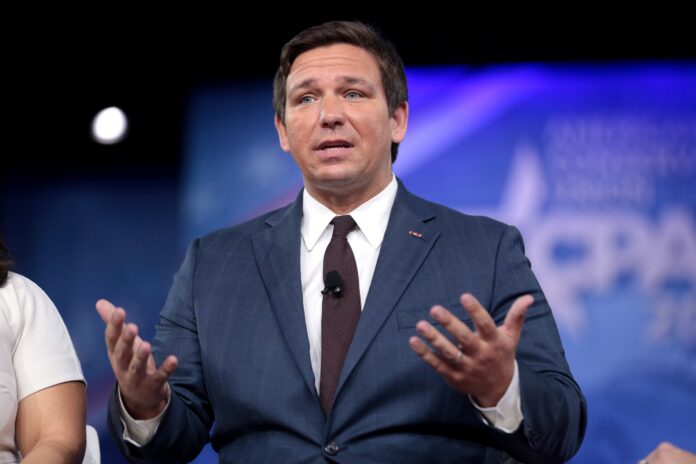 Deputy Governor Ron DeSantis pointed out that Florida recently acquired $3.2 billion from legal action against those responsible for the opioid epidemic.

Governor Ron DeSantis said Tuesday that he plans to petition the state’s Supreme Court to convene a grand jury to probe “all wrongdoing” related to COVID-19 vaccines.

While the Republican governor, who has often been mentioned as a potential presidential candidate in 2024, did not elaborate on any wrongdoings the panel would investigate, he suggested it would be partly aimed at getting more information from pharmaceutical companies about vaccines and side effects.

Scientists and physicians, as well as Florida Surgeon General Joseph Ladapo, attended the roundtable that led to the announcement.

According to DeSantis, “We’ll be able to get the data regardless of whether they want to give it to us. In Florida, misrepresenting the effectiveness of a drug is illegal.”

Many vaccine studies funded by pharmaceutical companies have been published in peer-reviewed journals, including the New England Journal of Medicine, and government panels reviewed the safety and effectiveness of the vaccines before approving it.

Earlier Tuesday, a grand jury submission argued that pharmaceutical companies sought to create a climate where people believed a Coronavirus vaccine would prevent the virus from spreading.

According to its petition, a grand jury should investigate whether disseminated deceptive information regarding “vaccines purported to prevent COVID-19 infection, symptoms, and transmission.”

According to DeSantis, the Supreme Court will approve the appointment of the state grand jury, most likely in the Tampa Bay area.
“Those will come with legal processes that will let us get more information and make sure those who committed misconduct are held accountable,” DeSantis said.

Also announced by DeSantis is the creation of the “Public Health Integrity Committee,” which will include many physicians and scientists who attended the roundtable on Tuesday. It consists of prominent opponents of lockdowns, vaccine mandates, and child vaccinations.

He said that public health institutions, including the CDC, have lost some faith over the pandemic. CDC directives, including mask and vaccine mandates, were fought by the governor in court, and many were halted in Florida.

As part of the governor’s announcement, Ladapo will be conducting research at the University of Florida to evaluate the sudden deaths of individuals who received the COVID-19 vaccine. The Florida Department of Health will also use disease surveillance and vital statistics to assess such deaths.

Comprehensive, up-to-date news coverage, aggregated from sources all over the world by Qvive News.

In a video that has become extremely popular on...

Why does our government place such a high priority on toxic vaccines when we have Traditional Alternative Medicine to treat STDs without HPV vaccine?...

Shocking on January 24, in the presence of the...

The future of banking is entirely digital

When today’s customers think of banking, the first thing that...

A New Mexico man has made a series of...

Here’s how Sonia, Manmohan, Modi, Left and others sold out India to Bill Gates and other Globalist criminals and are Conspiring to Enslave 135...

Rajiv Gandhi Charitable Trust (RGCT), which is chaired by...

Scientists across the world have been scampering to get...